Most Common Types of Patterns in Casting

FREMONT, CA:-Casting is a widely preferred manufacturing method for producing metal parts. It makes molds, also known as casting patterns, into which manufacturers pour molten metal and then finish metal parts after the shaped metal materials have cooled down. 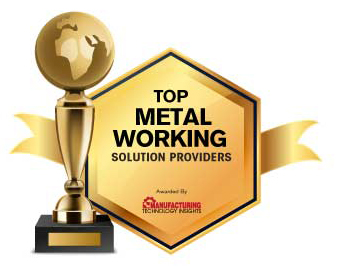 Due to its impact on final products, the casting pattern is significant during the casting procedure. Casting pattern design must be entirely based on the final items, according to casting manufacturers. After casting, there will be a high cost of changing.

What is Pattern in Casting?

Common Types of Patterns in Casting

The cheapest casting pattern is a single piece pattern, also known as a solid pattern. It is appropriate for simple processes and small-scale manufacturing. Large casting manufacturers prefer it because this type of casting pattern requires only simple shapes and flat surfaces, such as simple rectangular blocks. A single flat surface separates plane.

Multi-piece patterns are a good option for intricate structures that are difficult to make. This pattern consists of three or more patterns that assist in the development of molds.

A metallic plate divides the cope and drags areas into the opposite face of the plate in the Match plate pattern. This pattern requires almost no effort and can increase the levels of output. It's widely used in the manufacturing industry, and it's known for its high yield, precise casting, and high cost. This type of casting pattern is commonly used in metal casting, such as aluminum.

How Automation Has Transformed The Mining Industry

A Look At The Biggest Sectors That Utilise Metal Recycling

Key Benefits of a Smart Mine

Key Ways You can Prevent Corrosion