Utilizing IoT for mining safety is tremendous, and its application in rock bolt monitoring is convincing evidence. Implementing smart rock bolt sensors and their deployment will ultimately need various conditions to be fulfilled.

FREMONT, CA: The mining sector extensively relies on rock bolts to support and stabilize the structure of underground cavities. The steel rods combine the rock mass to confront deformation and enable mine solidity. The failures can lead to a destructive roof falls, costing the worker's life and incurring substantial expenses for the organizations.

Under the harsh impact of the continuous seismic events and corrosive groundwater, the rock bolts are at high risk of fractures and rusting. It degrades the load-bearing capacity. Observing the uprightness of these reinforcement pillars is critical. 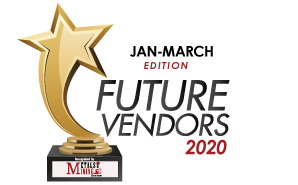 Traditional options have been limited to either visual checks or removing the bolts from the rock mass for inspection. Both are non-optimal with the latter inherently inefficient and crucial along with the risk of damaging the bolts forever. It results in the lack of visibility for both the mining operators and workers with an obscure picture of underground conditions.

The new wave of smart sensor technologies put forward by the IoT is now opening the door to effective and non-destructive rock bolt monitoring. The sensors capture multiple readings on their structural and operating conditions automatically. For example, the vibration and strain measures distributed along a bolt detect extreme seismic events and loading levels that potentially damage its integrity. Ultrasonic sensors can identify abnormal sound waves that indicate a crack issue.

Linking with the communications module, IoT sensors wirelessly transmit the readings to an on-premises control system. The setup of an automated workflow, the workers, can be informed to the danger of undergoing the deformation issues. It allows timely corrective actions to circumvent catastrophic failures of the entire rock mass.

Taking a step further, mining managers can even improve future ground control practices with contextual information from IoT data. Long-term analysis of historical defects and seismic activities reveal more accurate insights into degradation patterns and service life of the ground support system. It allows for relevant adjustments in system design, as well as the level of drilling and excavation activities to enhance operational safety.

Metal Forming Process: What You Need to Know

What Is The Process of Aluminum Extrusion & Different Steps Involved

Metal recycling is made possible by a commonly used refrigerant

The Exploration and Prospecting of Mineral Resources

Understanding Sand Blasting and its Applications