Thomas Kaspar, General Manager
The concept of circular economy has gained significant traction in recent years, with many businesses looking for innovative ways to improve and evolve their processes to the point where they produce little or no waste. While recycling is an obvious solution to this, it often also results in harmful waste generation. Italy-based Engitec Technologies identified the need to reduce the environmental impact of such traditional recycling activities and introduced technologies and solutions to improve the various recycling processes and their outcomes.

The company initially ventured into the recycling space as a technical arm of a large non-ferrous metals recycling group and gradually expanded into an independent business, focused on exploring cleaner recycling processes. Engitec’s continuous research and development efforts in the industry gradually led it to develop an innovative technology to recycle the used lead-acid batteries. The company had already introduced a wet system for the process in the early 1980s, which significantly reduced the amount of lead dust generated during the recycling activities. The process involved breaking down the batteries in a wet and closed unit instead on dry base, thus eliminating the generation of lead dust and improving the components separation and the quality of the obtained fractions. The quality of the thus separated components had a positive impact also on the subsequent smelting and refining operations, both from the efficiency and the environmental point of view. As opposed to the traditional dry batteries recycling system, this was an innovative recycling process at that time and proved environment-friendly and emerged as a futuristic solution for recycling activities. Engitec evolved this technology in the following decades in order to meet the always more stringent environment protection regulations and even anticipating the yet to come restrictions. “We realized that using electricity and water solutions was much more efficient and cleaner than the traditional approaches. Hence, during that phase, we even built some demonstration plants and filed a long series of patents that are recognized worldwide,” explains Thomas Kaspar, General Manager at Engitec Technologies. 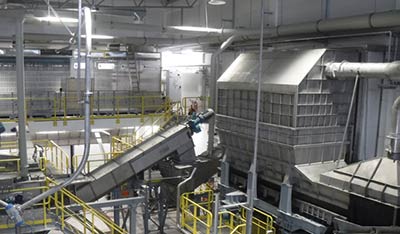 Another significant milestone for Engitec has been the production of electrochemical systems to produce metal (lead, zinc, copper) directly from the scrap without the use of furnaces, or with the use of small furnace to smelt just a minor fraction of the overall metal to be recovered.
“With these technologies, we can produce high purity lead directly from the paste recovered from our battery breakers, high purity zinc from zinc bearing,EAF flue dust, or high purity copper directly from scrap or from primary concentrates,” adds Kaspar.

Apart from introducing the first-ever wet system for lead-acid battery recycling and building more than 80 plants worldwide, the company has developed several new technologies and systems that have changed the dynamics of the industry in the last three decades. One critical development, to be specific, is its ability to treat and recycle the salt slags obtained from the production of secondary (recycled) aluminium in rotary furnaces. When the team at Engitec identified the need for a solution to recycle and reuse the slags instead of sending them to disposal, it started studying different technologies and processes. Hence, the company developed the salt slag recycling plants and became one of the first organizations to do so. The process is suitable for small and large productions and can be installed directly at the aluminium recycling sites.

Before Engitec introduced this solution, the salt slags were sent to disposal or were sometimes treated in inappropriate ways by releasing polluted salt solutions into rivers or sea, which posed a threat to the environment.Hence, Engitec’s ability to reuse these slags has been a revolutionary move aligned with its vision to protect the environment and create a circular economy.

The company’s accomplishments, however, go far beyond this. Engitec has also ensured the removal of sulphur from the lead paste (active mass of the lead-acid battery) and the neutralization of the sulphuric acid, transforming it into a sealable product (detergent grade sodium sulphate). This process proves significant in controlling the SO2 emissions in the atmosphere during lead smelting without creating unusable by-products and reducing to 1/3 of the production of slags from the furnace. “Our philosophy is to remove the polluting sulphur from the lad components of the batteries and neutralize the sulphuric acid before smelting and not to treat the polluted fumes afterwards,” elaborates Kaspar.

The Quest to Do Better with Each Recycling Plant

Engitec’s ability to continuously evolve its technologies has helped it come a long way in recovering nonferrous metals. Over the years, the company has enabled many businesses to deal with their recycling needs in a more environment-friendly manner. However, Engitec stands out because it keeps improving its solutions and recycling plants with the quest to get better consistently. Every plant that the company sets up for its clients is different. In each of its projects, the team at Engitec makes all the possible efforts to adapt it to the specific customer’s requirements and to innovate and do better than the previous one. While it’s positive from the technological perspective, it can sometimes increase the cost incurred while setting up the plants. However, at the same time, the firm also ensures that if the client spends more on CAPEX, they recover it soon with lower OPEX, high efficiency and productivity. “Most of our plants perform more than what we guarantee. So, all our customers are sure that they will receive what they have ordered. We cover all guarantees and promises, and deliver a little bit better than what we have promised. This is what keeps us ahead of others in the market,” proudly says Kaspar.
There have been many instances where Engitec has delivered such promising outcomes to its clients. One company in specific that gained immensely out of its association with Engitec is an American primary lead manufacturer that wanted to venture into the secondary business, i.e., battery recycling. The team at Engitec set up a recycling plant for the client organization, which was nominated as the state-of-the-art technology for lead-acid battery recycling by the American EPA.“This gave an absolute leadership to our customer in battery recycling,” adds Kaspar.

Another project that speaks volumes of Engitec’s expertise in setting up recycling plants is the one where the firm produced the first modern industrial lead-acid battery recycling plant in China. This project turned out to be the trend-setter as it introduced an industrial way of recycling batteries in the country. Soon after Engitec installed few more such plants, several organizations in China followed suit and developed the same kind of recycling plants. However, when the Chinese authorities introduced some stricter rules to protect the environment from metal recycling, these organizations couldn’t cope. That’s when a big Chinese company approached Engitec to set up a new lead-acid battery recycling plant in China. Engitec partnered with the client and set new standards for the process in the country. 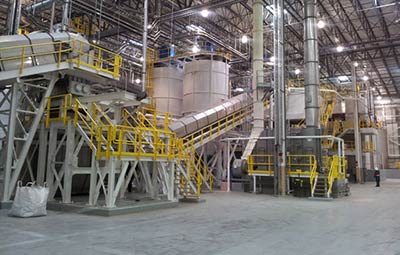 Not only that. The company has surpassed the usual industry norms by setting up a plant for a client bearing all its costs. Engitec demonstrated the benefits the client could obtain from its new technology developed to recover high-quality zinc from the EAF (Electric Arc Furnace) flue dust without creating additional slag. “This customer wanted to see the operations and the technology employed for the process, but we could only show them the laboratory, testing unit, and the pilot plant and not anything “industrial” or the final outcomes. Thus, we invested two and a half million Euros to set up an industrial demo plant at our customer’s premise to treat the electric arc furnace flue dust for them,” explains Kaspar. Having this unit in production for several months allowed the client to see that they can obtain a valuable raw material from the flue dust. It allows them reuse the flue dust, which was earlier a waste, and save money spent on buying another raw material (zinc metal), which can now be produced in-house. Kaspar believes this technology will witness huge demand in the future and expects to set up several of these units worldwide. 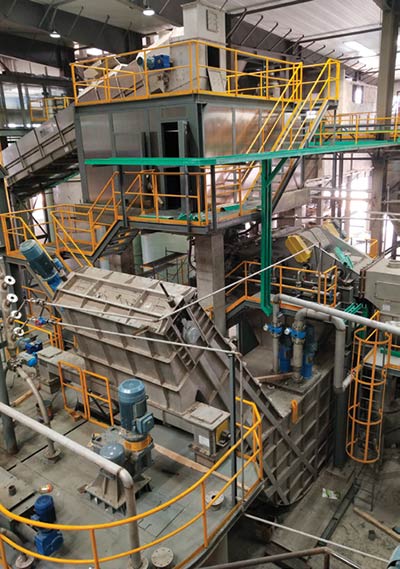 Engitec has spearheaded several such initiatives to recover nonferrous metals in an environment-friendly manner. The company is also developing a new system for recycling of lithium batteries, taking advantage of its experience in the breaking and components separation of batteries and the electrochemical production of metals. Going forward, the organization seeks to focus on the electrochemical production of lead. “We really believe that the future is about reducing the use of fossil fuels and furnaces that generate slag and fumes, and taking the electrochemical way by using clean energy and electricity,” concludes Kaspar, pointing to a whole world of opportunities that Engitec seeks to explore to realize the idea of a circular economy. 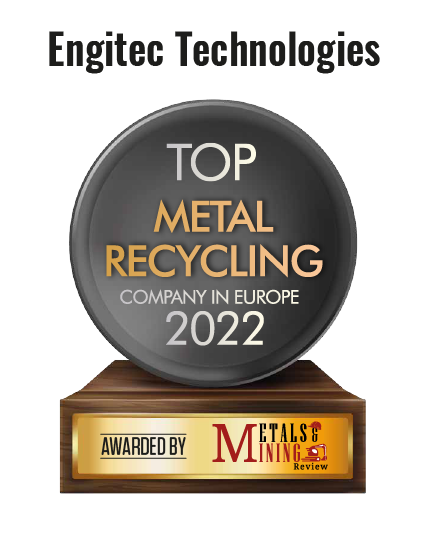 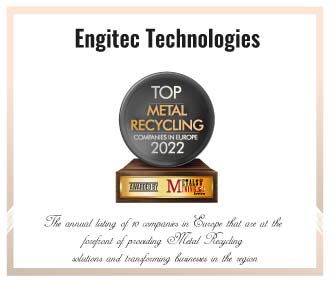 Description
Offering technologies and plants for recycling of lead-acid batteries and non-ferrous metals, reducing the impact on the environment of waste generated from recycling them by reusing it 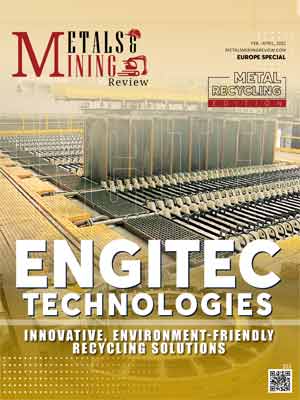