Matt Warner, Managing Director
A paradigm shift is taking root in subterranean mapping. Mine surveyors that once used to lug around bulky, static mapping equipment through underground passages are turning toward simultaneous localisation and mapping (SLAM) technology, which enables rapid and accurate capture of complex and hard to reach environments without extraneous effort.

The architect behind this new paradigm is AutoMap, a leading manufacturer of best-in-class SLAM technologies. By fitting the compact data capture tool onto vehicles, it enables surveyors to conduct quick and precise mapping of hazardous underground environments to create digital twins of the space. Removing the reliance on GPS, AutoMap’s scanners can traverse between GPS-available and GPS-denied spaces seamlessly without the requirement to deploy time-consuming survey control to reproject the maps.

“Our aim is to make user-friendly, yet rugged mining tools that facilitate the next generation of rapid, full HD colorized maps at the push of a button no matter the environment,” says Matt Warner, managing director of AutoMap.

When it comes to underground mapping, AutoMap’s TerrusM, a mobile mapping platform developed in partnership with CSIRO, is unmatched in its capability. The ruggedized and sealed platform can easily be integrated with light or heavy mobile equipment in underground mines or hard-to-reach places. Whether lowering the system by crane or driving it down a dig site, surveyors get scanning rich data no matter the space.
Powered by the latest WildcatSLAM engine, TerrusM autonomously creates maps of high use areas such as ore-bodies, drives, declines and draw points. The TerrusM is complemented by a touchscreen display that enables surveyors to create and visualize geospatial data while monitoring the mapping applications on-site. With TerrusM, surveyors and geotechnical teams can rest assured they have collected high fidelity mapping data.

AutoMap’s second capability stems from the challenges they face in mapping busy urban environments. Many surveyors must travel down busy roads to capture HD map data in GPS-denied areas, which is hard and time-consuming. This is precisely where AutoMap’s TerrusS stands out. The ultra-low drift mapping system automatically scans city-scapes and urban streetscapes, along with GPS-denied places. Coupled with its 360-degree 4k video capability, surveyors can easily capture colorised maps. The technology seamlessly fuses GPS with its internal odometry, enabling surveyors to realign trajectories automatically and create globally accurate maps at the push of a button. Surveyors can visualize the generated maps in real time with a touchscreen interface.

One of Terrus’s key capabilities is its cloud portal, Orbisfuse, which combines the maps of surface and subterranean map data. OrbisFuse allows surveyors to automatically stream the maps back to a centralised server so that map information can be easily stored and shared between teams. This allows surveyors to step away from shuffling maps around on USB sticks. Through the portal, surveyors can view and share the maps in minutes. This capability enhances the workflow of the surveyors and improves their ‘mapping on-site’ ability.With these unmatched competencies, AutoMap has aided numerous customers, including an Australia-based mining company that found it challenging to map the hundreds of drives in their sizeable underground mine. They had to manually drive through each draw point, which was time-consuming and inaccurate. After onboarding AutoMap’s TerrusM and mounting it on top of their light vehicle, they could drive through the mining space rapidly, capturing accurate and high-quality map data to make effective decisions. The client imparted greater safety into the survey process and achieved precise mapping.

AutoMap is making these success stories possible with the belief that its Terrus product range is the beginning of an exciting future roadmap in digitalised mapping for surface and subterranean mining areas. Robots SLAM technology is the company’s next plan. The technology will help surveyors autonomously plot a course through an unfamiliar environment while simultaneously mapping. Following this path of innovation, AutoMap will continue to deliver comprehensive solutions for accurate and reliable digital mapping. 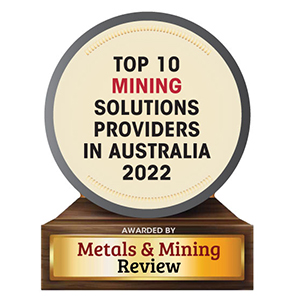 Description
AutoMap is the leading manufacturer of the best-in-class scanning technologies, powered by WildcatSLAM, that facilitate rapid and accurate surface and subterrain mapping 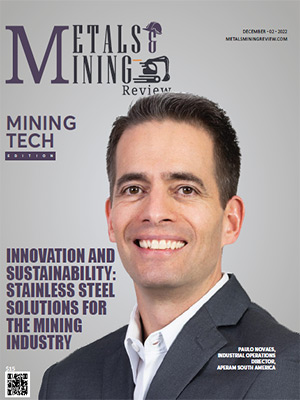